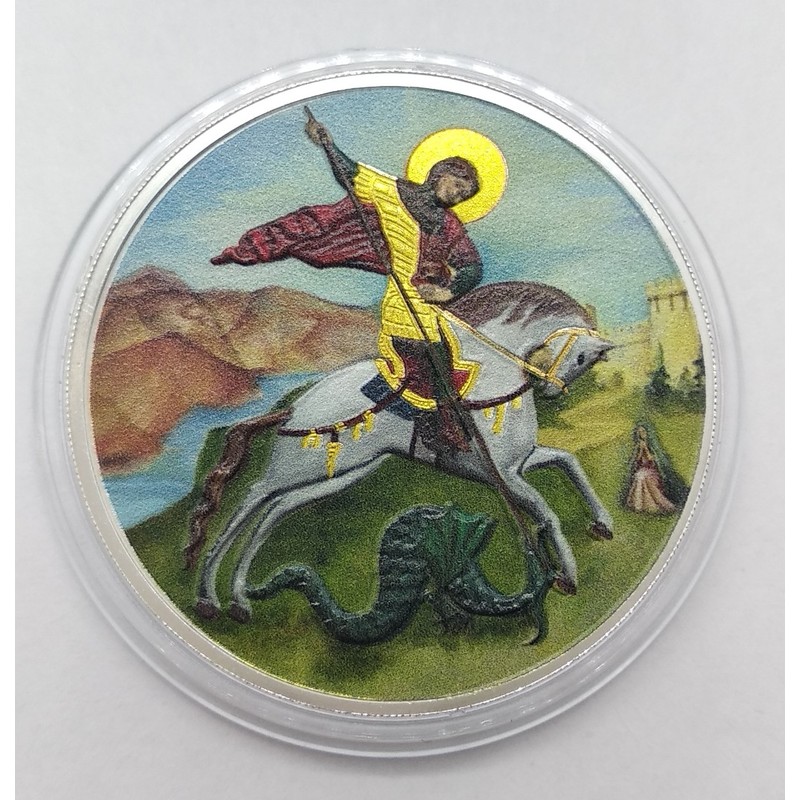 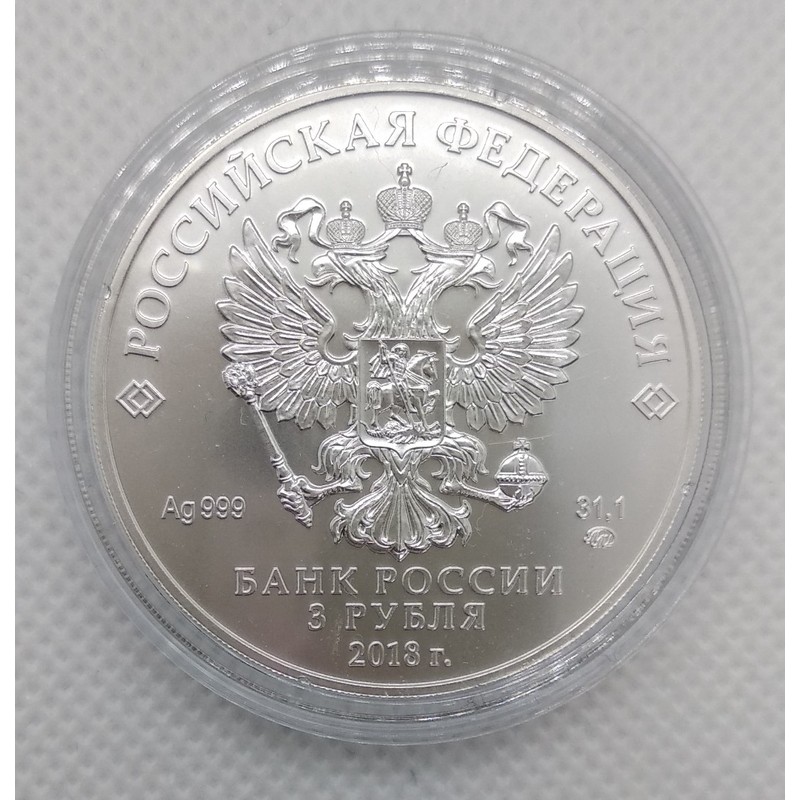 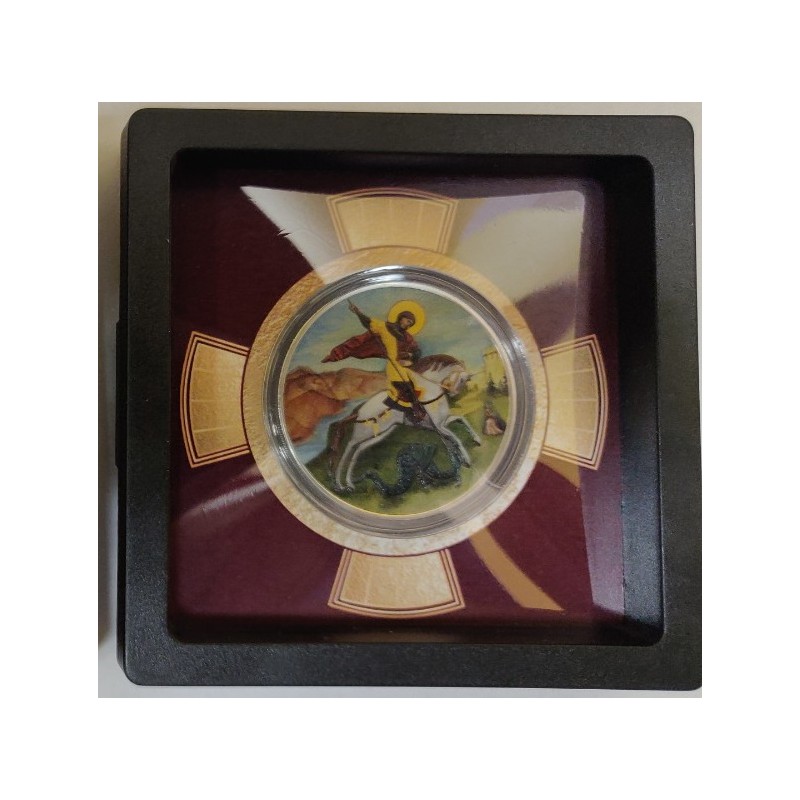 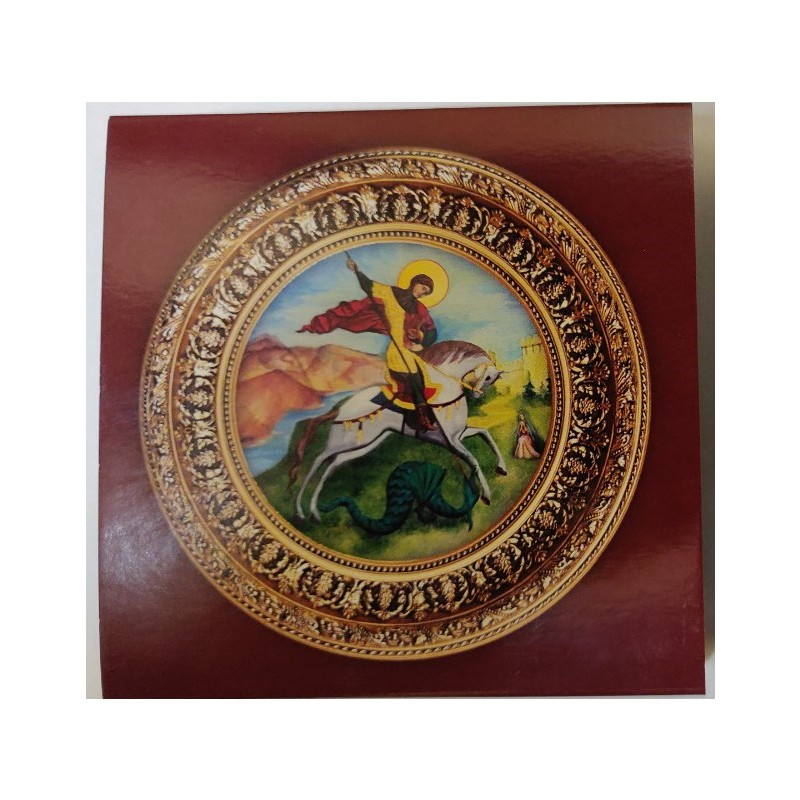 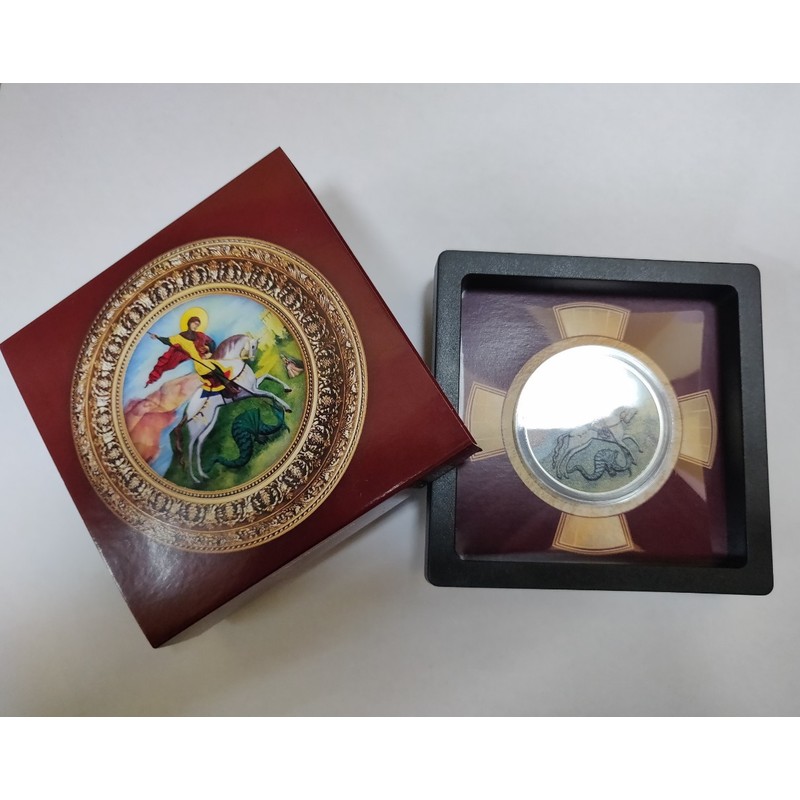 St. George, a soldier and saint with whom the legend of the fight against the dragon is firmly linked, was born around 270 C.E. as a descendant of a noble family in Anatolian Cappadocia (possibly the city of Kayseri). Father St. George was an officer in the Roman army, but was killed by pagans. Then George and his mother went to their homeland, to Palestine, where they lived in the city of Lidda (the current Lod, located between Tel Aviv and Jerusalem; Also Diospoli) In his new house, George became famous as a good soldier. He was brave and strong, and soon he became an officer in the Roman army, being a believing Christian.

At the age of 20, he received the title of Tribune and subsequently became a member of the personal guard of the Roman emperor Diocletian in Nicomedia. However, in 303, the emperor issued edicts allowing Christians to be persecuted and killed throughout the Empire. George was ordered to participate in the persecution. Instead, George professed his Christian beliefs and criticized imperial edicts.

Enraged, Diocletian tortured him inhumanely, and then ordered him executed, beheading him on April 23, 303 in front of the Nicomedia Defense Wall.

This barbaric act of Diocletian prompted Empress Alexandra and the pagan priest Athanasius to convert to Christianity.

George's body was transported to Lidda, where it was buried. From the very beginning, Christians began to respect him as a martyr.

Write a review
Preguntas populares
Is my purchase insured during delivery?

Yes, we take out coin insurance during delivery. This guarantees the safety of the purchase and the return of the full value of the goods in case of force majeure.

How can I pay for my purchase?

We have two payment options available:

Attention! Bank cards are not accepted for payment.

I made an order but I didn't get a confirmation.

Can I collect coins from your office?

Yes, you can come to our office for goods after cashless payment or pay for the order on the spot in cash.

Bank cards are not accepted for payment.

Do you have international shipping?

Yes, we send coins to other countries. International shipping costs are calculated individually.

When will they be able to deliver the order?

Delivery time depends on how you choose to receive the item. Courier delivery takes from 2 to 5 working days. Sending by mail - from 3 to 7 days.

Can I order a coin with my own engraving?

No, but a coin can be an original gift for a very dear person, due to the fact that the year of issue of the coin may be the year of his birth.

Haz tu pregunta
Ваш браузер устарел рекомендуем обновить его до последней версии
или использовать другой более современный.
The club discount is given for a one-time or gradual purchase of 10 ounces of gold.
Data Protection Information
By clicking on the "Accept" button, you consent at any time to the use of KALITA.GOLD cookies, third parties and similar methods to optimize the website and its correct operation, as well as to display ads based on interests. Also, other methods used to conveniently customize the website, create anonymous statistics, link information about your use of this website and our online ads to order transaction data and other customer contacts, or to display personalized marketing content on this website and elsewhere. Click "Privacy Policy" to learn more about how we use your data, who our partners are, what you consent to, and your right to recall at any time. By clicking "Accept," you agree to the use of these technologies and the mentioned processing purposes. You can decline your consent here or revoke it at any time in your privacy policy.
Accept
Privacy Policy